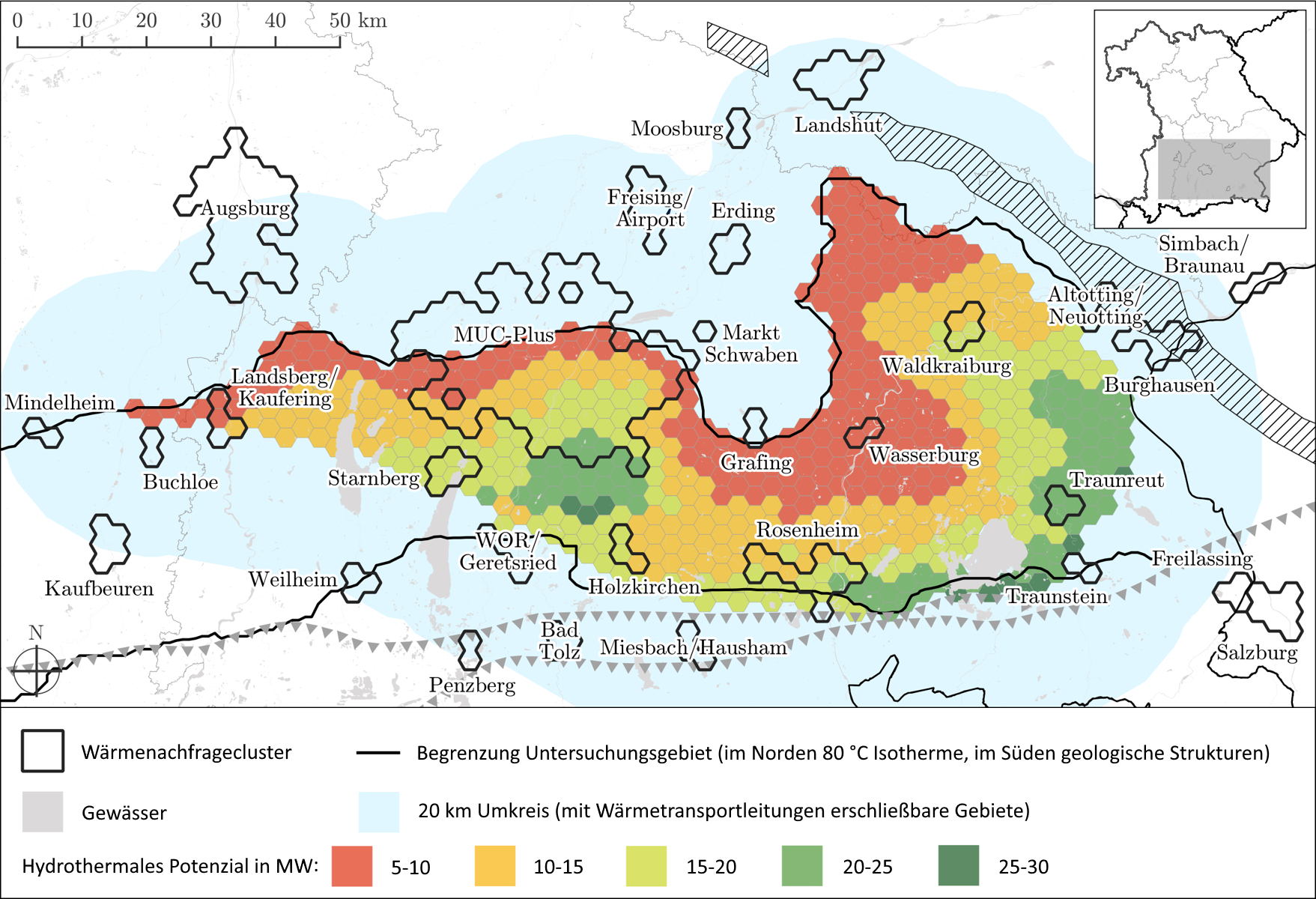 Potential for the expansion of geothermal energy in Bavaria: Expert opinion on the Geothermal Energy Master Plan is published

About one third of Bavaria’s CO2 emissions is emitted by the building sector, with most emissions caused by the production of heat. Therefore, renewable heat supply, e.g. through deep geothermal energy, plays a major role on the way towards climate neutrality. In order to advance the expansion of deep geothermal energy in Bavaria, the Geothermal Alliance Bavaria was commissioned by the Bavarian State Ministry of Economic Affairs, Regional Development and Energy to prepare an expert report on the Geothermal Master Plan Bavaria, which was published on Friday. The report contains an analysis of how to optimize geothermal potential through heat networks and examines the extent to which deep geothermal energy can contribute to the transformation in the heating sector in Bavaria.

In the course of its work, the Geothermal Alliance Bavaria was commissioned by the StMWi to prepare an expert opinion on a geothermal master plan. This expert opinion has now been published and shows how the geothermal potential can be exploited in a techno-economically optimal way with the help of heat interconnections, even though the regions with the greatest geothermal potential are often spatially separated from the largest heat sinks, the urban centers.

In the south of Bavaria (Bavarian Molasse Basin), the subsurface conditions for deep geothermal energy are exceptionally good. In the last 20 years, 25 geothermal projects have been successfully implemented here, most of which feed heat into district heating networks. The technical potential for deep geothermal energy calculated in this study corresponds to 40% (7,655 MWth) of Bavaria’s heat demand in the Bavarian Molasse Basin alone (see Figure 1). However, some of the areas with high heat demand (heat clusters outlined in black in Figure 1) lie well outside the area that is particularly well suited for geothermal energy. This can be remedied by interconnecting heat pipelines.

Added value of interconnectors between geothermal projects in southern Bavaria

Interconnectors allow an optimal use of deep geothermal energy. Areas inside as well as outside the potential area can be supplied with optimal heat exploitation. By interconnecting individual geothermal plants and district heating networks, it is also possible to increase full load hours, simultaneously reduce peak load generation at all plants, and also create redundancy. Thus, interconnections have attractive advantages even outside of large heat clusters. Both the efficiency of the district heating supply and of each individual geothermal plant can be optimized through interconnection: This increases the ratio of geothermal energy yield to heat production costs. With a targeted base load coverage of the heat demand via deep geothermal energy, almost two million tons of CO2 equivalent can be saved per year. With higher coverage of heat demand, the savings potentials are correspondingly higher. Cascade utilization in industry and agriculture, the use of industrial heat pumps, and geothermal cooling are other useful technical solutions to increase utilization and contribute to the economic viability of geothermal projects.

North of the Danube, geothermal energy cannot rely on the excellent conditions of the Malm aquifer as in the Bavarian Molasse Basin. Scientific research, also in the form of a pilot project, is still necessary for a well-founded assessment of the deep geothermal potential in northern Bavaria and also in low-permeability rocks in southern Bavaria. If it is possible to prove a usable geothermal deposit in northern Bavaria, Bavaria would have another “world-class” resource besides the Molasse Basin.

Deep geothermal energy has – especially in the south of Bavaria – an extraordinary potential. Because of this potential, deep geothermal energy can make a major contribution to decarbonization in district heating networks and thus to the heat transition. For optimal exploitation of the potential in southern Bavaria, interconnectors can be used to transport heat from suitable locations for deep geothermal energy to the urban centers with the corresponding heat demand. Here, strategic funding could significantly accelerate the expansion of interconnectors. The optimal expansion scenario can be determined in a detailed elaboration of a geothermal master plan and implemented with scientific support. EGS technology can be used for the north of Bavaria, but its use first requires the implementation of a scientifically accompanied pilot project.

The complete expert opinion (in german) can be found here.

A scientific paper based on the study can be found here. 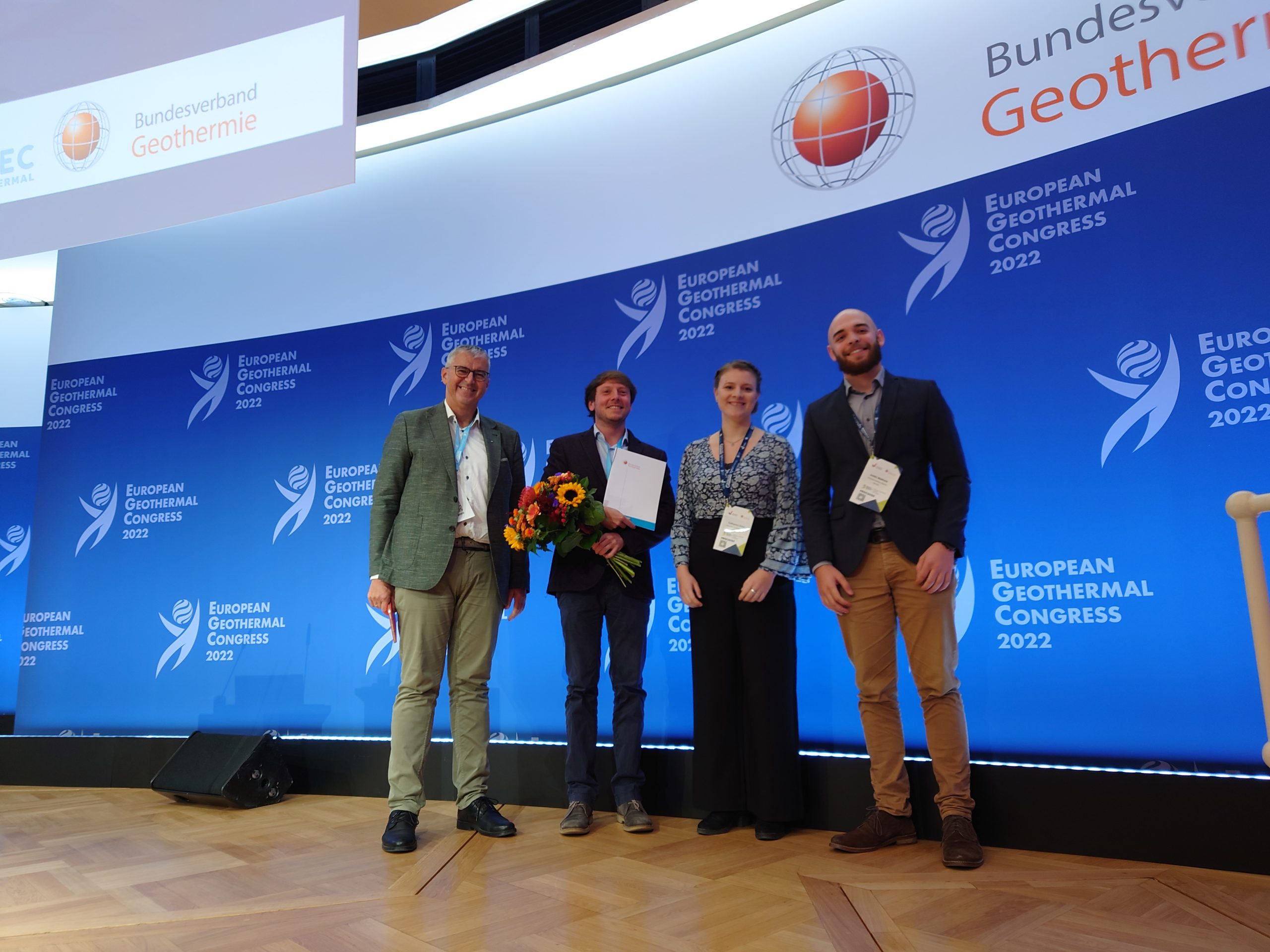 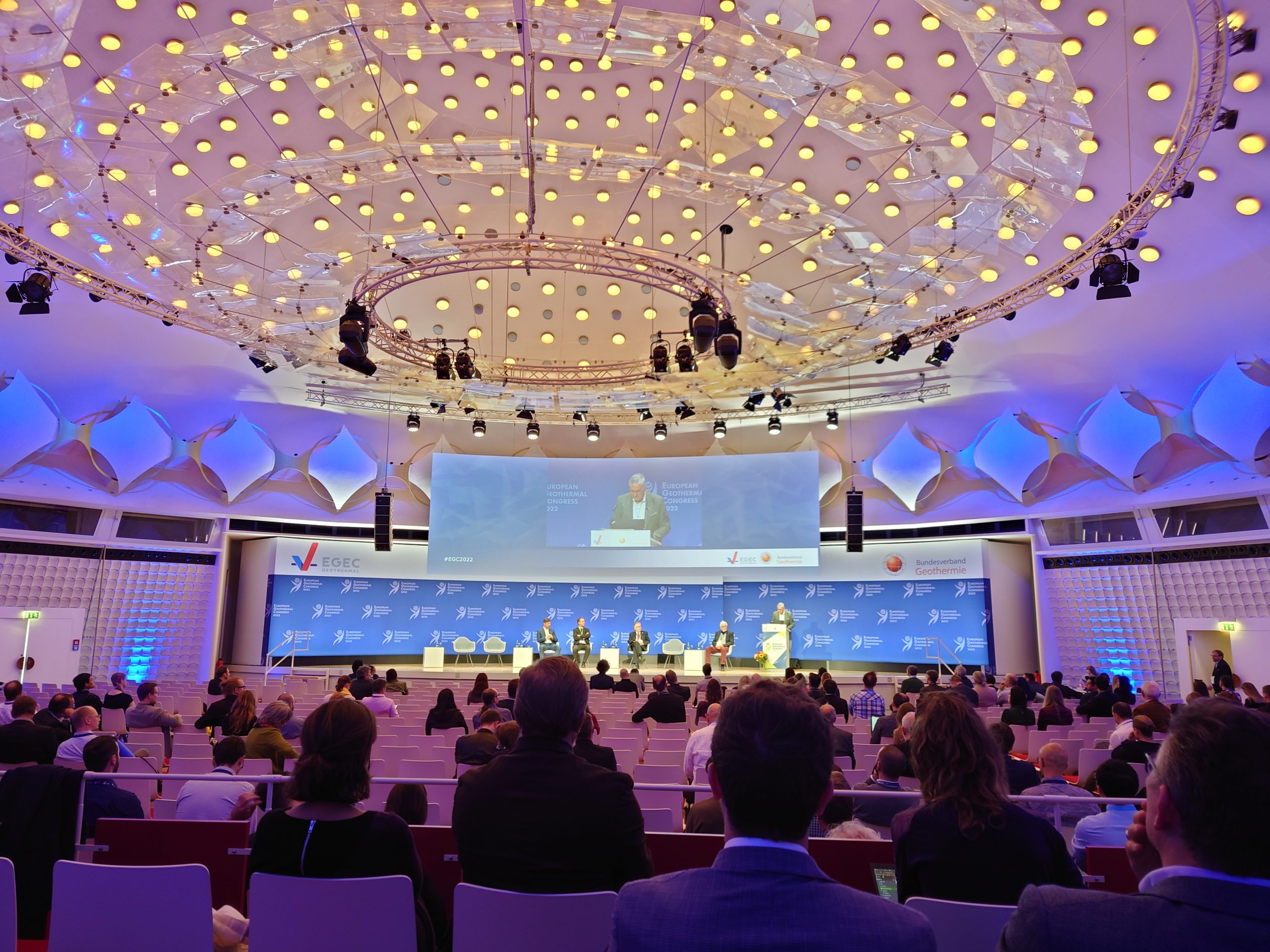